How to Afford a Good Divorce Lawyer: Interim Counsel Fees?

How to Afford a Good Divorce Lawyer: Interim Counsel Fees? 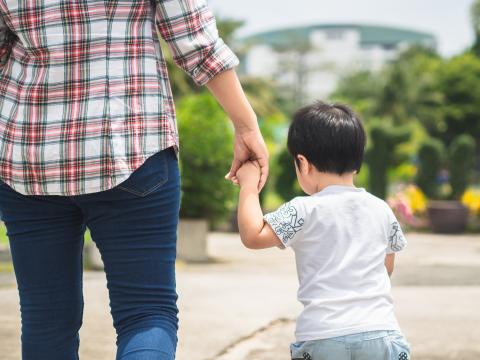 You are not alone.

Divorce is especially daunting for those whose personal income and access to savings and other money dwindle in comparison to their spouses.  A serious concern of all so-called “less monied” spouses is how to afford a lawyer as qualified as his or her “monied” spouse, so as to prevent the monied spouse from outspending and outgaming him or her in court.  New York courts are well-acquainted with this dilemma, and the state legislature has provided them with an important tool to level the playing field between divorcing spouses: Domestic Relations Law (“DRL”) § 237(a), a statute authorizing the court to order the monied spouse to pay some or all of the less monied spouse’s “interim legal fees” (i.e., attorneys fees charged while a divorce, child custody, child support enforcement, or similar action is ongoing), in real time, at any point(s) during the litigation.  While 237(a) does not prevent litigation from being expensive for both parties, and will not provide either with a free-ride, it should prevent litigation from being grossly unfair.[1]

In relevant part, DRL § 237(a) empowers the court, at any point or at multiple points in an ongoing divorce action, to:

direct either spouse … to pay counsel fees and fees and expenses of experts directly to the attorney of the other spouse to enable the other party to carry on or defend the action or proceeding as, in the court's discretion, justice requires, having regard to the circumstances of the case and of the respective parties.  There shall be a rebuttable presumption that counsel fees shall be awarded to the less monied spouse.  In exercising the court's discretion, the court shall seek to assure that each party shall be adequately represented and that where fees and expenses are to be awarded, they shall be awarded on a timely basis, pendente lite, so as to enable adequate representation from the commencement of the proceeding.  Applications for the award of fees and expenses may be made at any time or times prior to final judgment.  Both parties to the action or proceeding and their respective attorneys, shall file an affidavit with the court detailing the financial agreement between the party and the attorney.  Such affidavit shall include the amount of any retainer, the amounts paid and still owing thereunder, the hourly amount charged by the attorney, the amounts paid, or to be paid, any experts, and any additional costs, disbursements or expenses ….  Payment of any retainer fees to the attorney for the petitioning party shall not preclude any awards of fees and expenses to an applicant which would otherwise be allowed under this section.

Functionally, this means that at any point during a divorce action, an attorney can move to request the monied spouse pay some or all of the less monied spouse’s legal fees relating to that action, accrued to date.  In support of this motion, the less monied spouse must submit an affidavit detailing: his or her financial arrangement with his or her attorney, including their retainer agreement, the attorney’s hourly billing rate, the amount of fees paid to date and the amount of fees owed; the amount of fees paid and expected to be paid to experts opining on the case; and any additional costs.  Providing a thorough and honest affidavit is essential to obtaining interim counsel fees, which could be denied without it.[2]

The monied spouse must also submit an affidavit detailing his or her counsel and expert arrangements and fees.  The court will then carefully compare these affidavits to evaluate whether the spouses are equally well equipped financially to carry on the action with reputable counsel and experts.

The court will first determine whether either party is a “less monied spouse” within the meaning of the 237(a).  To make this determination, the court will use the affidavits and all other evidence at its disposal to take a “snapshot” of parties’ relative financial circumstances and needs at that moment.[3]  While courts vary in consideration of the following factors, this “snapshot” can account for parties’:

Taking all of these factors together, the court will determine whether one spouse is “less monied” at that moment, and therefore presumed entitled to an immediate award of interim counsel fees.

Some judges prefer to wait to the end of trial to assess in detail the relative merits of parties’ positions, degree to which their tactical decisions unnecessarily prolonged litigation, the complexity of issues, and other factors.  Regardless, a final fee award at the action’s conclusion can and will account for any interim fees awarded, as well as the abovementioned factors.  Therefore, a less monied spouse could reasonably argue that the preeminent consideration in determining an interim fee award is parties’ relative financial positions at that time, and that the court will be in a better position to weigh the merits of parties’ positions, tactical decisions and ultimate financial well-being when making a final fee award at the litigation’s conclusion.

General advice to both spouses

Both parties to a divorce action should use fairness and reasonableness as guideposts at all times during the action.  Whether you are a monied spouse or a less monied spouse, do not be afraid to retain top counsel – on the understanding that all tactical decisions made and fees charged must be reasonable and carefully documented.  Anticipate that your attorney will most likely require a retainer fee before commencing work, but that such a fee can be reimbursed as part of an interim award.  Do not take unreasonable positions to delay litigation.  Do not dissipate assets.  And above all – if you need help financing a lawyer or expert of similar caliber to those retained by your spouse – do not be afraid to ask.

There are many online resources available to explain how to retain legal aid services or pro bono legal services, but these services are generally unavailable to less monied spouses who have considerable marital assets (even though they may not have access to those assets until after equitable distribution at the end of a divorce).  This article is written primarily for spouses who will not qualify for legal aid or pro bono services.  If, however, you think you might qualify for free services, the following resources are available to guide you:

[1] The cornerstone case Prichep v. Prichep (2d Dept 2008) explains the policy considerations behind 237(a), and the thrust behind the legislature’s 2010 amendment of 237(a) to create a rebuttable presumption in favor of awarding interim counsel fees to less monied spouses:

When a party to a divorce action requests an interim award of counsel fees, as opposed to a final award, no [] detailed inquiry is warranted.  An award of interim counsel fees ensures that the nonmonied spouse will be able to litigate the action, and do so on equal footing with the monied spouse.  Such an award is appropriate to prevent the more affluent spouse from wearing down or financially punishing the opposition by recalcitrance, or by prolonging the litigation.  If the playing field were not leveled by an award of interim counsel fees, a wealthy husband could obtain the services of highly paid (and presumably seasoned and superior) matrimonial counsel, while the indigent wife, essentially, would be relegated to counsel willing to take her case on a poverty basis.

[3] Teaney v. Teaney (3d Dept. 2016) (237(a) “expressly contemplates” multiple interim fee award applications by a party over the course of a litigation, and each must be assessed on its own merits based on circumstances at that particular time).

[4]“Imputed income” is the income one spouse is capable of earning, or should theoretically be earning based on past income and qualifications, but is not earning at a given time.